The heart of the BiSN chemical reaction heater

Talk to an expert

Thermite is a mixture of aluminum powder and iron or other metal oxide that has pyrotechnic properties. Although most compounds are not explosive, thermite can be used to create a heat source in a controlled or uncontrolled manner. Due to the drastic reactivity difference between the atoms, it can reach temperatures of over 2,200ºC.

When thermite is ignited, a chemical reaction occurs when the oxygen atoms separate from the metal oxide and attach to the aluminum atoms as aluminum forms stronger bonds with oxygen than iron. The products of the reaction are a stable aluminum oxide, iron (or other metal if a different metal oxide is used), and a large amount of heat.

Thermite was first discovered at the end of the 19th century by German chemist Hans Goldschmidt while attempting to refine metals without the use of carbon. It began to be used in welding shortly after.

In an industrial context, thermite is used in a variety of welding applications, particular for welding very large sections of iron or steel. For example, thermite can be used for welding railroads in situ which can save time and money as it does not require bringing in more expensive equipment.

Thermite can also be used to purify the ores of other metals, however this is not a common use. For example, the so-called thermite process was used in the Manhattan Project to obtain pure uranium.

Militaries around the world have also used thermite grenades and other delivery methods to disable opponent tanks and artillery equipment. Since thermite is not explosive, the sudden burst of heat generated by the reaction can weld components shut or render them inoperable without causing an explosion. 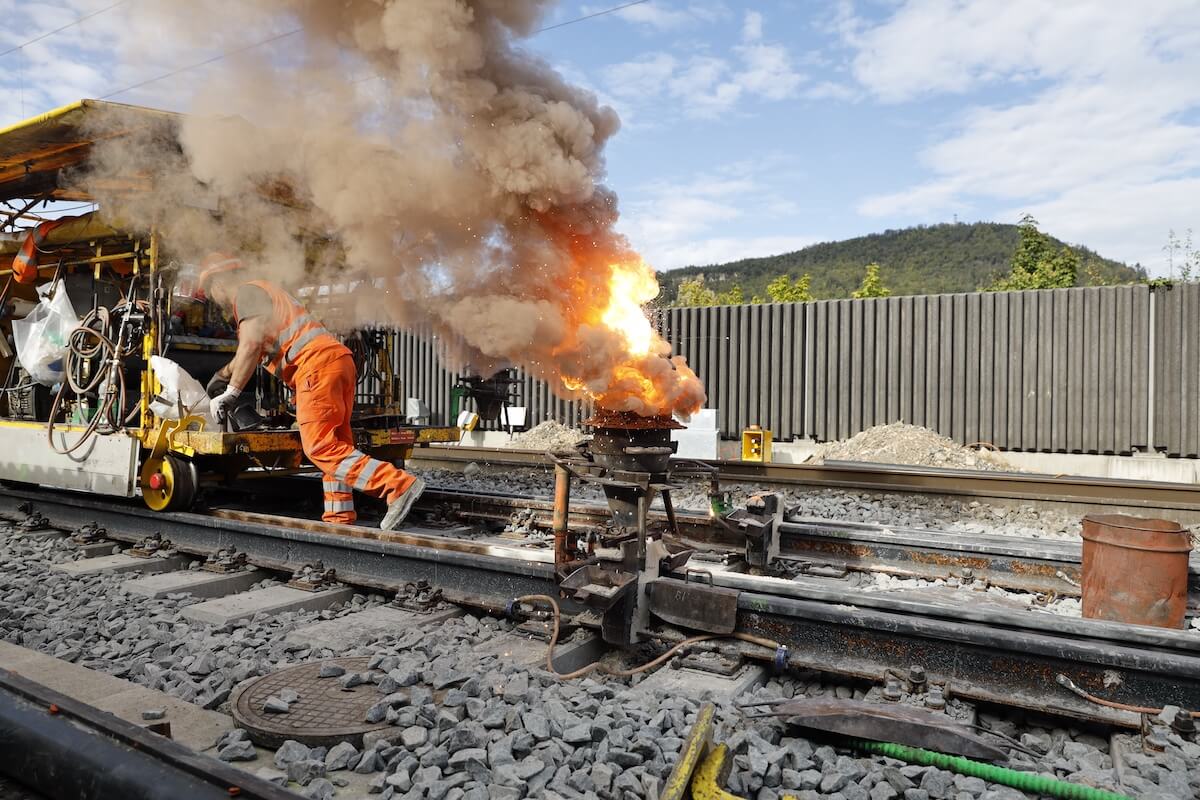 BiSN uses a thermite heater in our tools to melt the bismuth alloy that creates permanent, V0 gas tight seals in downhole applications. Through years of research, development and testing, engineers at BiSN have discovered a way of controlling the thermite reaction so that it is safe and predictable for commercial use.

BiSN now creates its own custom, thermite crumbles to accommodate several environmental factors including length of burn, length of heater and temperature requirements. This allows BiSN tools to be used in different applications and environments including both on and offshore contexts.

Thermite heaters are used when working with our bismuth alloys for the following reasons:

How Does BiSN Safely Use Thermite?

BiSN has developed several thermite crumbles that can be safely used with different properties. These crumbles are densely packed into a heater element that does not allow the ignited thermite to escape or spray. The thermite is safely ignited through a developed triggering mechanism and the burn is completely controlled and contained.

Currently BiSN engineers are developing a liquid thermite application that stands to revolutionise how operators section mill their wells. This is still in research and development but we hope to have our first commercial application in 2023.